A pet parrot that spoke with a British accent when it disappeared from its home four years prior has been reunited with its owner – and the bird now speaks Spanish.

The reunion was brought about by a Southern California vet who mistook Nigel, an African grey parrot, for her own missing bird.

“I introduced myself and said, ‘Have you lost a bird?'” Micco told the newspaper. “He initially said, ‘No.’ But he thought I meant recently.”

“Loro macho, Loro macho” Rubén Hernández, 86, cooed to his feathered friend on Wednesday at the home of the Redondo Beach veterinarian who found Nigel.

“We’re just over the moon,” Smith told the newspaper.

Smith said the bird had become a special friend to her grandfather, especially in the two years since he lost his wife, who used to whistle tunes to the bird.

The parrot “is one of the last mementoes for my grandpa,” she wrote in her email to the Daily Breeze. “Morgan’s loss has been hard on him. They have a very special bond.”

Morgan also knows the first bars of the theme from the movie The Good, The Bad and The Ugly, knows the names of the family’s three dogs, barks like them, and likes to imitate the beeping sounds made by an early-morning trash truck, Smith said. 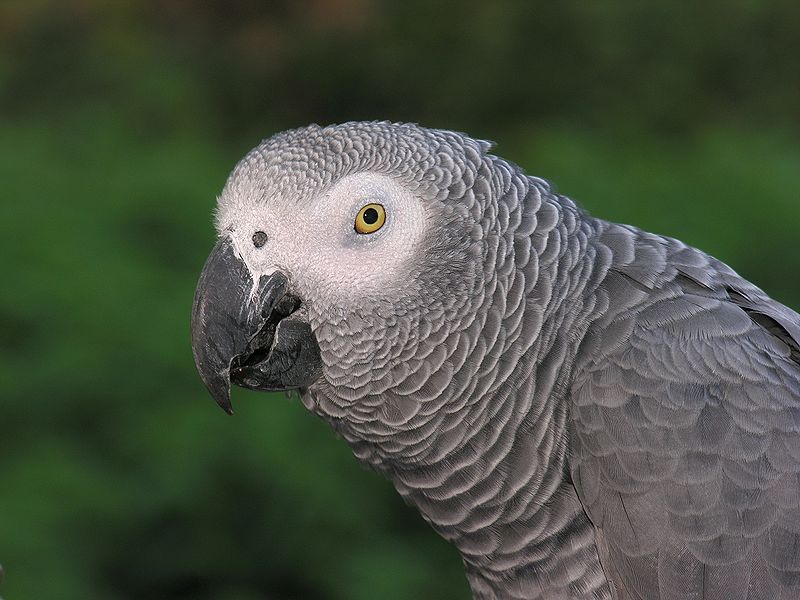