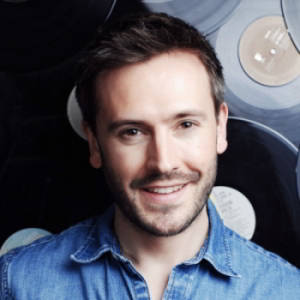 Nigel Mitchell is a British television and radio presenter and voice-over artist.

Nigel was born in Kingston Upon Thames. He attended Shrewsbury House School in Surbiton, from where he gained a scholarship to Reed’s School in Cobham, Surrey at the age of 13.

Nigel started his TV career as a presenter on the kid’s television station, Nickelodeon at the age of 15. Nigel left Nickelodeon to present ‘Sticky’ on CITV. Sticky was a live magazine show produced by 70’s TV legend Mick Robertson. The show was co-presented by Gail Porter & Jez Edwards. Nigel later returned to ITV to present Mad for It and ‘Twister’ for children’s television.

Nigel went on to Disney Channel in 1997 to host Studio Disney and remained with the channel until the live shows were ended in May 2005. Studio Disney featured live games, callers, special guests and live performances. Whilst at Disney Nigel also hosted live award shows on a yearly basis, from the Royal Albert Hall and London Arena. This was the Disney Channel Kids Awards.

Nigel was a regular presenter on Sky’s Film 24 channel looking at upcoming movies and interviewing the stars before the premieres. Interviews include Kiefer Sutherland, Reese Witherspoon and Robert Pattinson.

Nigel works with Arsenal Football Club as the pitch side presenter at Emirates Stadium. He also hosts Arsenal World.

Nigel regularly presented The Hub on the ITV morning show

Information on the radio presenting Nigel has presented during his career.

Most recently, Nigel has covered shows on the network.

Nigel’s broadcast across Cambridgeshire when he covered the afternoon show for Sue Dougan, Bank Holidays and the Saturday Summer Sport programme.

Nigel worked for Fox FM in Oxford during 2008.

Nigel hosted the breakfast show when Capital Disney launched in 2002 and throughout Capital Disney’s time on air he also hosted live shows across the weekend and ‘The Friday Afternoon Thing.’ Producer, Andrew Rendle, nicknamed Radio Rendle, was part of the show every weekend.

Nigel during an on-air show at Capital Disney.

Whilst at school Nigel was given the chance to host his own shows on Kingston FM, Palace FM and then later on Thames FM when it was awarded a full-time licence in 1997. The station was run by former Thames TV Producer Dave Mason and the Chairman of this station was David Jacobs. Nigel once told the story of how David Jacobs came into the studio whilst Nigel was on-air and questioned why he did his shows standing up! This radio station is now called Radio Jackie.