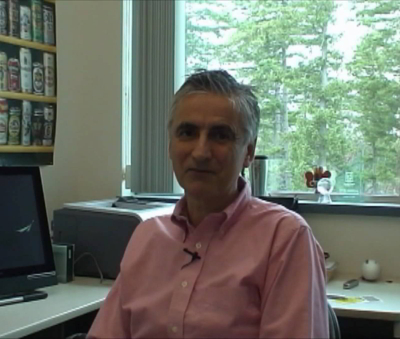 R. Nigel Horspool is a professor of computer science at the University of Victoria. He invented the Boyer–Moore–Horspool algorithm, a fast string search algorithm adapted from the Boyer–Moore string search algorithm. Horspool is co-inventor of dynamic Markov compression and is co-editor of the journal Software: Practice and Experience. He is the author of C Programming in the Berkeley UNIX Environment.

Nigel Horspool is British by birth, but is now a citizen of Canada. After a public school education at Monmouth School, he studied at Pembroke College, Cambridge where he received a BA in Natural Science, but specializing in Theoretical Physics, in 1969. After two years employment as an assembly language programmer on a failed air traffic control system project, he went to the University of Toronto for a MSc followed by a PhD in computer science. This was followed by seven years as an Assistant Professor and then an Associate Professor at McGill University. In 1983, he made a permanent move to the University of Victoria. As of July 2016, he is retired from the university but retains the title of Professor Emeritus.