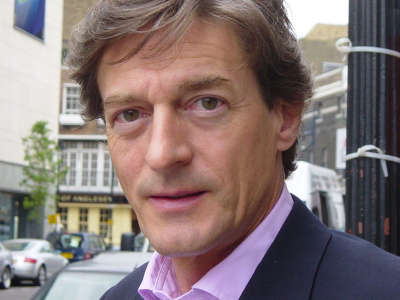 Nigel Allan Havers (born 6 November 1951) is an English actor. He played Lord Andrew Lindsay in the 1981 British film Chariots of Fire, earning a BAFTA nomination for the role and Dr Tom Latimer in the British TV comedy series Don’t Wait Up. He portrayed the role of Lewis Archer in Coronation Street from 2009 to 2010. He returned to the role in 2012 and left again in February 2013.

Havers was born in Edmonton, London, and is the second son of Sir Michael Havers (later The Baron Havers), who was a barrister who became a controversial Attorney General for England and Wales and, briefly, Lord Chancellor in the Conservative Government in the 1980s. His paternal aunt Baroness Butler-Sloss, his grandfather Sir Cecil Havers and elder brother Philip Havers QC also had prominent legal careers.

Havers took part in the BBC TV series Who Do You Think You Are?, broadcast in the UK in July 2013. As part of the show he explored his ancestry from an Essex businessman, on his father’s side, and a Cornish miller on his mother’s side.

In the mid-1980s Havers began an affair with Polly Williams, the daughter of actor Hugh Williams and the sister of his friend, the actor Simon Williams. He has stated that he had several affairs during his first marriage, which he now regrets. News broke as he was appearing in TV series The Charmer and caused him to be identified with the role in his public persona. Havers has written of the depression he experienced trying to choose between his marriage to Carolyn Cox and their young daughter Kate, born in 1977, and his mistress. During this time he consulted a psychiatrist at the Devonshire Hospital in London. Things were resolved in his mind when he took a part in the TV film Naked Under Capricorn, which was filmed in Alice Springs, Australia. He describes in his autobiography wrangling a herd of cattle and catching sight in the distance of a figure who turned out to be Williams. The following year they were married.

Polly Williams died of cancer on 24 June 2004. Subsequently Havers challenged his wife’s will, in which she left her estate to her children from an earlier marriage, obtaining a share of the estate in an out-of-court settlement. In New York City on 8 June 2007 Havers married Georgiana Bronfman, the former wife of the Canadian billionaire drinks magnate, Edgar Bronfman, Sr. A blessing was held in Saint Tropez the following month.

Havers appeared in BBC One’s genealogical show Who Do You Think You Are? in 2013.

He is the godfather of comedian Jack Whitehall.