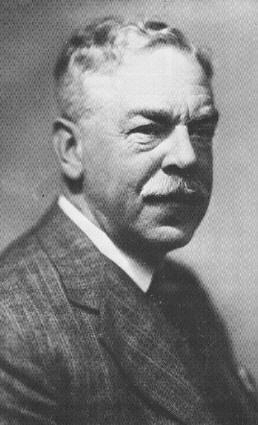 rose to become Chief Mechanical Engineer (CME) of the London and North Eastern Railway (LNER). He was the designer of some of the most famous steam locomotives in Britain, including the LNER Class A1 and LNER Class A4 4-6-2 Pacific engines. An A1 pacific, Flying Scotsman, was the first steam locomotive officially recorded over 100 mph in passenger service, and an A4, number 4468 Mallard, still holds the record for being the fastest steam locomotive in the world (126 mph).

Gresley’s engines were considered elegant, both aesthetically and mechanically. His invention of a three-cylinder design with only two sets of Walschaerts valve gear, the Gresley conjugated valve gear, produced smooth running and power at lower cost than would have been achieved with a more conventional three sets of Walschaerts gear.

Gresley was born in Edinburgh during his mother’s visit there to see a gynaecologist, but was raised in Netherseal, Derbyshire, a member of the cadet branch of a family long seated at Gresley, Derbyshire. After attending school in Sussex and at Marlborough College, Gresley served his apprenticeship at the Crewe works of the London and North Western Railway, afterwards becoming a pupil under John Aspinall at Horwich of the Lancashire and Yorkshire Railway (L&YR). After several minor appointments with the L&YR he was made Outdoor Assistant in the Carriage and Wagon Department in 1901; in 1902 he was appointed Assistant Works Manager at Newton Heath depot, and Works Manager the following year.

This rapid rise in his career was maintained for, in 1904, he became Assistant Superintendent of the Carriage and Wagon Department of the L&YR. A year later, he moved to the Great Northern Railway (GNR) as Carriage and Wagon Superintendent. He succeeded Henry A. Ivatt as CME of the GNR on 1 October 1911. At the 1923 Grouping, he was appointed CME of the newly formed LNER (the post had originally been offered to the ageing John G. Robinson; Robinson declined and suggested the much younger Gresley). In 1936, Gresley was awarded an honorary DSc by Manchester University and a knighthood by King Edward VIII; also in that year he presided over the IMechE.

During the 1930s, Sir Nigel Gresley lived at Salisbury Hall, near St. Albans in Hertfordshire. Gresley developed an interest in breeding wild birds and ducks in the moat; intriguingly, among the species were Mallard ducks. The Hall still exists today as a private residence and is adjacent to the de Havilland Aircraft Heritage Centre, with its links to the design of the famous Mosquito aircraft during World War II.

In 1936, Gresley designed the 1,500V DC locomotives for the proposed electrification of the Woodhead Line between Manchester and Sheffield. The Second World War forced the postponement of the project, which was completed in the early 1950s.

Gresley died after a short illness on 5 April 1941 and was buried in St Peter’s Church, Netherseal, Derbyshire.

He was succeeded as the LNER CME by Edward Thompson.

Gresley was awarded the CBE in 1920 and was knighted in the 1936 Birthday Honours.