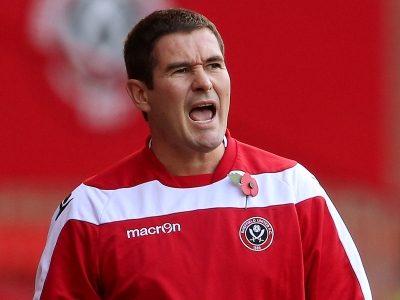 Nigel Howard Clough (born 19 March 1966) is an English former professional footballer and coach, who is the manager of Championship club Burton Albion. Playing predominantly as a striker, but later in his career used as a midfielder, Clough was capped by England 14 times in the early 1990s.

Born in Sunderland and raised in Allestree, Derby, Clough is most notable for his time as a player at Nottingham Forest, where he played over 400 times in league, cup and European matches in two separate spells, mostly under the managership of his father Brian and scored 131 goals throughout his career making him the second highest scorer in the club’s history.

He subsequently had spells with Liverpool, Manchester City and Sheffield Wednesday before moving into non league football at the age of 32 when he became player manager with Southern Football League Premier Division side Burton Albion in 1998. Over the next decade, during half of which he continued to play a regular role on the field, Clough took Burton up from the seventh tier of the English football league system to the brink of promotion to League Two before leaving halfway through the 2008–09 season to follow in his father’s footsteps and take over at Derby County, where he served for four years until September 2013. He would go on to resurrect Sheffield United’s season, pulling them out of the relegation zone and taking them to an FA Cup semi-final.

Clough returned to Burton Albion for a second spell as manager in December 2015.