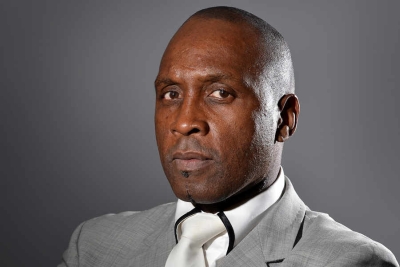 Barbadian British, he attended Loxford School of Science and Technology, Ilford, Greater London. Benn served for four and a half years in the British Army as an infantryman in the Royal Regiment of Fusiliers and was stationed in Germany for three years, then Northern Ireland during the Troubles for 18 months. Benn comes from a sporting family that includes a famous cousin in the football world, Paul Ince, who would often accompany Benn to the ring for his UK fights. Benn had a record of 41 wins and 1 loss as an amateur boxer, with the loss being against Rod Douglas, whom Benn later defeated.

After his professional boxing career, Benn became an internationally recognised DJ. He later appeared in the first series of the ITV reality TV show I’m a Celebrity… Get Me Out of Here!.

Benn has since developed a strong faith and is a born again Christian. Benn now lives with his family in Sydney, Australia, where he has been studying theology, sports coaching and sports development. He is still active in the international boxing scene mentoring, developing and training both amateur and professional boxers in Australia.

Benn was entered into the World Boxing Council (WBC) Boxing Hall of Fame in 2013 and was honoured alongside fellow Brit Joe Calzaghe as the WBC’s greatest super middleweight champion in history. His image is now enshrined upon the sixth generation WBC super middleweight belt.

Benn works with youth at risk in Blacktown, NSW and is dedicated to his charity work. He is an ambassador to the New South Wales Police Citizens Youth Club’s (PCYC) and is an advocate for healthy living.

Benn ran the 2013 City to Surf to raise funds for the most underfunded PCYC gym in Redfern, Sydney and has undertaken many fund raisers for the charity since improving the boxing facilities in the most impoverished areas of Sydney. Benn regularly assists Christian groups, counselling individuals suffering from addiction and along with wife Carolyne counsel couples who are facing marriage issues.

Benn is also a Patron of the Shannon Bradshaw Trust, a UK children’s charity based in the North West of England, helping children with life-threatening conditions and their families.

Benn’s son, Conor Benn, turned professional in 2016 and is currently fighting at light-welterweight.